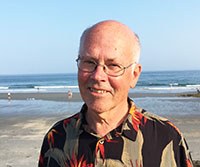 David McCann’s poems have received a Pushcart Prize, Touchstone Award, and publication in Haiku 2015, 100 notable Haiku from 2014. He received the Korean Manhae Prize in 2004 and the Korean Culture Order of Merit in 2006. His sijo poem “Landscape,” published in the Arlington Red Letter Poem Project, was translated and carved into one of the stones in the Sijo Stones Garden in Boryeong, Korea. 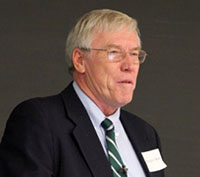 Mark Peterson (professor emeritus of Korean history, literature and language, Department of Asian and Near Eastern Languages. Brigham Young University, Provo, UT) received B.A.’s in Asian Studies and Anthropology from Brigham Young University in 1971. He received his M.A. in 1973 and his Ph.D. in 1987, both from Harvard University in the field of East Asian Languages and Civilization. Prior to coming to BYU in 1984 he was the director of the Fulbright program in Korea from 1978 to 1983.

Currently he is working with a research center he founded called The Frog Outside the Well Research Center, which publishes an active YouTube channel by that name. He also writes a weekly column for the Korea Times.